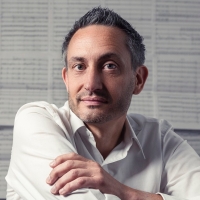 This is a response to a friend’s post on gamification, it made me think a lot about what people (outside of academia) think gamification is.

They say that academics spend far too much time in their own heads. I don’t live inside an ivory tower, but I do spend a lot of my time inside some building that looks like a castle, so perhaps a mystical and transformation is happening inside of me. Maybe I am growing into an academic…

So my friend Fiona teaches around the corner to where I teach. She plays video games, owns a PlayStation 4 and is a really good piano teacher. She also wrote about gamification and she used Kapp’s definition in his often cited book The Gamification of Learning and Instruction: Game-Based Methods and Strategies for Training and Education but then, the way she used the term didn’t align much with what I would call ‘gamification.’ Mind you, in terms of definition, Kapp’s book sort of went against the ‘norm.’ He referred to serious (or non-entertainment games) as gamification (which isn’t conventional, if you read his more recent book The Gamification of Learning and Instruction Field book, you will notice that this definition is contradicted.

In a presentation I gave last week on digital game-based learning and gamification, I adamantly stressed that ‘gamifying something DOES NOT make it a game!’ I often use the example of loyalty cards. When a shopper goes out shopping, they might take out their loyalty card, which would in turn motivate them to spend. In this case, points are acquired for spending on particular items and when enough points are accumulated, then the shopper can redeem these points for a reward. The game elements in this case include points and extrinsic rewards. Of course, the loyalty card does not make the activity shopping a game, it just makes it ‘game-like’ or if you want to phrase it using the ‘correct’ lingo, loyalty cards gamify the activity of spending.

I’m going to write more about what Fiona wrote about in a later post because she made me think. I love the internet, it breathes life into (academic) things.

How can the iPad and Technology enhance Music Education?

ideas about music, and about playing, learning and teaching the piano, with unexpected extras

Having nothing to say and saying it: my blog.

What James Humberstone is thinking about composition, music education and music technology.